Aaron began his service with two tours in Iraq as a U.S. Marine Corps Rifleman. On his first deployment to Fallujah, Aaron witnessed a fellow Marine killed by a rocket-propelled grenade within 10 minutes of arrival. That introduction, and the fierce fighting the Marines faced in Fallujah, still impact his life today. In 2010, Aaron sought a new challenge and reenlisted as a “jump qualified” Marine Special Operations Forces (MARSOF) operator. Aaron deployed twice with MARSOF, and his company was frequently exposed to heavy enemy fire, ambush and improvised explosive devices (IEDs). During his final deployment, Aaron fell out of a helicopter and was knocked unconscious, resulting in Traumatic Brain Injury (TBI). After a total of four deployments, he medically retired in 2016.

Prior to enlisting, Aaron married his middle-school sweetheart, Brittany, who serves as his primary caregiver. Together, they have three children along with a service dog and enjoy history, photography, watching movies and traveling together.

Operation FINALLY HOME along with JM Dungan Custom Homes and the Home Builders Association of Dayton are thrilled to provide the Zurn family with a custom-built, mortgage-free home in Vandalia, Ohio. 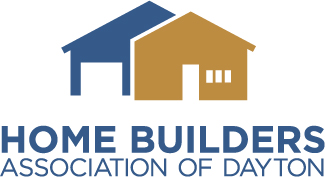