U.S. Army Sgt. Nathan D. Young joined the National Guard as a part of the Military Police (MP) in 1999, during his senior year of high school. Young was sent on his first deployment to Iraq from 2003 until 2004. In 2010, Young became Active Duty Army with the MP and deployed to Iraq for his second tour in July 2010.

In October 2010, while in Iraq, two males threw Russian Anti-Tank Grenades into the vehicle Young was occupying. The only recollection he has from the incident was the loud blast and the physical force of the explosion that tossed him around. Young was immediately sent to a nearby hospital and was transported to a specialty unit in Camp Shelby, Mississippi shortly after. In January 2011, he was sent to the Traumatic Brain Injury Clinic at the Warrior Transition Battalion in Fort Gordon, Georgia, where they were able to provide the care he needed. As a result of Young’s combat injuries, he was diagnosed with post-traumatic stress disorder (PTSD) as well as a traumatic brain injury (TBI). He also suffers from migraines, back injuries, anxiety and depression. Young medically retired from the military in February 2013.

Young’s honorable service in the Army earned him a number of awards such as an Army Commendation medal, an Army Achievement medal, a Combat Action badge, and a National Defense ribbon. He currently lives in Evans, Georgia with his wife, Tabitha; her daughter, Emme, 11; and his service dog, Maggie. Thanks to a partnership with the Irving Morris Foundation, Cox Oil and Tyson Construction, Operation FINALLY HOME will provide the Young family with a home. 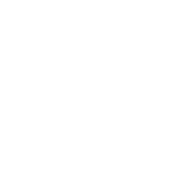