U.S. Army CW3 Matthew Uran humbly served his country for more than 13 years before he was honorably discharged in 2007.

Matthew was inspired to join the Military after visiting his cousin in Fort Bragg, North Carolina. He enlisted, quickly excelled at his work and was promoted twice before being accepted to the Warrant Officer Flight Program after just four years of service.

In January of 2005, Matthew and his buddy set out to practice team tactics. While at 400-feet in the air at a speed of 150 mph, Matthew experienced a visual illusion, similar to a mirage. A fellow pilot died in the crash and Matthew was critically injured. He suffered a severe TBI, which will never improve, his back was fractured as was his pelvis. His open skull fracture led to brain hemorrhage. In addition, he suffered from amnesia for seven months due to Traumatic Brain Injury (TBI) and still has little memory of the accident.

Matthew still lives with TBI among several other conditions such as weakness on the right side of his body, headaches and difficulty breathing. He uses Legos® to help regain some of his fine motor skills and enjoys riding horses with Jennifer, his wife and caregiver. 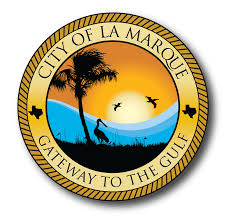