U.S. Army SSgt. James H. Sackett joined the military in February 1994. During his 20 years in service, he deployed twice to Iraq, spending more than two years of his service overseas.

Sackett served his first deployment in Baghdad, Iraq, from January 2007 to April 2008. On March 26, 2008, Sackett was severely injured by an improvised explosive device (IED) while on patrol. The explosion resulted in a number of injuries, including chronic neck pain, nerve damage in his right leg caused by shrapnel and a traumatic brain injury (TBI). He currently receives treatment for his neck and back, as well as post-traumatic stress disorder (PTSD) at the Dallas VA Medical Center in Dallas, Texas.

Sackett retired from the Army in July 2014. His honorable achievements while in the military have earned him numerous awards. Sackett’s long list of accolades include a Purple Heart, Combat Infantryman’s Badge, Expert Infantryman’s Badge, six Army Achievement Medals and two Iraqi Campaign Medals, among many others.

After retiring from the military, Sackett worked for the Chevrolet dealership, Young Chevrolet in Dallas, Texas, selling cars. Soon after, he changed career paths to work with the Kaufman County Sheriff’s Department in Kaufman, Texas. Sackett is currently working as a Detention Officer. He has also recently graduated from Central Texas College with an associate’s degree in Criminal Justice.

Sackett currently lives in Garland, Texas, with his wife, Sandra, and their five daughters. He is actively involved in his community, serving as the Financial Officer for the Dallas chapter of the Military Order of the Purple Heart. He is also active with Wounded Warrior Project and is a life member of the 28th U.S. Infantry Regiment Association. Through his work with the Black Lions, he hopes to play a part in lowering the veteran suicide rate.

Thanks to Operation FINALLY HOME, the Dallas Builders Association and Classic Urban Homes, SSgt. Sackett and his family will have a new home to call their own in Oak Point, Texas. 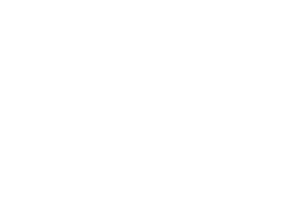