U.S. Army Sgt. Matthew Hutcheson always knew he wanted to join the military since a young age when he lived in Gainesville, Georgia and Nashville, Tennessee. He enlisted in the Army on October 12, 1994 and attended basic training at Fort Jackson in South Carolina, the same training facility that his father had attended years before.

Throughout his time in service, Hutcheson sustained many injuries. In December 1995, he was injured in a tractor-trailer accident that resulted in his first of three traumatic brain injuries (TBI). He was put into a medically induced coma for 17 days. Fortunately, Hutcheson was able to return to active duty soon after recovering from the accident.

Hutcheson deployed twice to Afghanistan in support of Operation Enduring Freedom (OEF) from September to December 2001 as well as from October 2004 to July 2005. On June 3, 2005, Hutcheson’s convoy was hit with an improvised explosive device (IED). Hutcheson survived the attack, but three of his friends did not. He believes he survived only because his commander had insisted he sit somewhere other than his normal seat. As a result of the attack, he suffered another TBI, post-traumatic stress disorder (PTSD) and back problems. Hutcheson “soldiered on” and continued his deployment, but realized the severity of his injuries when he returned home.

Hutcheson’s third injury occurred on June 16, 2006, while he was participating in an airborne operation. At 70 feet above ground, Hutcheson’s parachute lost canopy, forcing him to hit the ground hard when he landed. He eventually was diagnosed with PTSD, TBI and a host of issues with his back. Hutcheson medically retired on September 5, 2007.

As a result of Sgt. Hutcheson’s bravery and endurance, he received many honors and awards including two Army Commendation Medals, four Army Good Conduct Medals and one Humanitarian Service award. He currently resides in Ball Ground, Georgia with his wife, Leslie, and three daughters: Riley, 7; Emma, 5; and Brooklyn, 4. Leslie is a retired U.S. Army medic and is a full-time caregiver for her husband.

Thanks to Operation FINALLY HOME, Portico Properties and the Southern Living Custom Builder Program, the Hutchesons will have a home to call their own in Ball Ground, Georgia 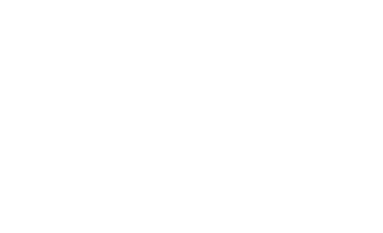